A restructuring of the Green Chi Group of companies has taken place.

We will remain committed to the circular economy and the group’s portfolio companies that will continue as separate, independent companies under their own management.

For reference purposes this website will remain up for the time being.

Less than 9% of today’s economy is circular

Upcoming generations are committed to implementing Sustainable Development Goals (SDGs), including equality, peace, justice, and prosperity. They have unique consumption trends that make SDGs goals more attainable. Their tastes and preferences support creating sustainability and equality for all.

We can be co-catalysts by investing in:

An Investment, Education and Media platform improving quality of life and fostering sustainable, inclusion, circular and cradle2cradle thinking in products, solutions and services.

a portfolio on the cutting edge of innovation 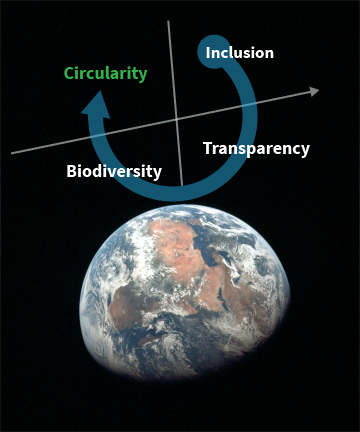 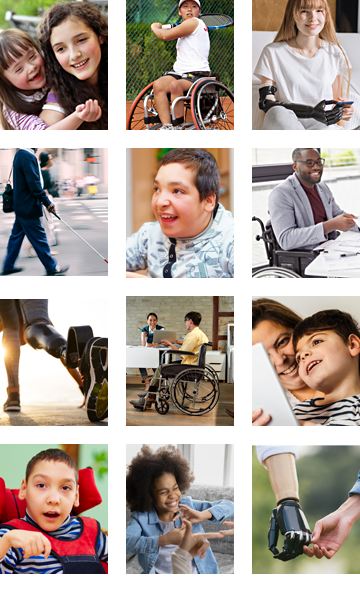 Baz works at the intersection of race, crime, culture and justice. Specializing in American and African-American Studies, she earned a Ph.D. from Columbia University. She is the Founding Academic Director of John Jay’s Prison-to-College Pipeline program.

Baz’ books “Near Black: White-to-Black Passing in American Culture” (2008) and “Incarceration Nations: A Journey to Justice in Prisons Around the World” (2016) were featured in the New York Times on National Public Radio (NPR) and CNN. Baz writes for the NY Times, LA Times and Wall Street Journal, also producing on-air segments for NPR.  Baz was named a 2017-2018 Global Fulbright Scholar and has been working to internationally replicate the Prison-to-College Pipeline, with a focus on the Caribbean and South Africa.

As a global thought leader in social and economic justice, Baz will help guide Green Chi and its partners in our mission to create and apply financial transparency to bring fairness and integrity to business and government  globally.

Amy is CEO of 9 Dots whose mission is to provide transformative computer science education for every student. 9Dots is a community of educators, researchers, and engineers committed to bringing computer science to all students-particularly those from underserved communities.

9 Dots believes in creating learning environments that engage every student, foster joy, and promote fearlessness in problem solving. 9 Dots aims to empower students by transforming the way they voice their ideas, understand their world and imagine their futures.

As a former Microsoft and Yahoo! executive with deep experience in digital product development and platform building in the media space (MSN) plus a Masters in Education, Amy will be instrumental in continuing to evolve Green Chi’s vision and mission. 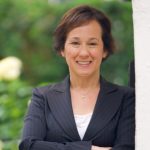 Lisa is a financial industry and internet senior executive. Her over 28 years of experience  include inventing, building and running a disruptive capital raising and marketing platform, acting as director of marketing and capital raiser at multi billion dollar hedge funds, as well as a senior mortgage derivative specialist

in institutional sales on the sell side.

Lisa is currently the Co-Founder and CEO of Hedge Connection, the only patented marketing and relationship building platform for alternative funds and information aggregator for allocators.Hedge Connection grew out of a desire to create a legally safe ecosystem where private funds could promote their product and get access to qualified investors for a reasonable price efficiently.

Lisa’s expertise in alternative funds platform building, sales, marketing and relationship building and her financial industry-wide connection, will be invaluable to scaling the Green Chi platform 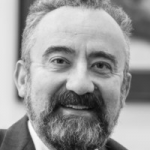 Roberto graduated in law in Italy (Milan) and obtained the Italian title of “avvocato” in 1994. He has been working in the Netherlands since 1992 and obtained the Dutch title of “advocaat” in 2002. Roberto is active mainly in the field of international commercial and contract law, family and inheritance law and assists Italian and foreign clients in the purchase or sale of real estate in Italy.

He operates as mediator, specialized in intercultural mediation. In 2015 Roberto was appointed Honorary Consul of Italy in Amsterdam

FJP Advocaten (De Falco Janssen) was established in Amsterdam in 1996, qualified to practice in both Italian and Dutch law, advise and assist and undertake Court proceedings in both jurisdictions. Thanks to more than twenty years of experience in legal matters FJP Advocaten have accrued substantial expertise in commercial, family, employment, criminal and real estate law. Their lawyers are also regularly involved in national and international credit recovery. 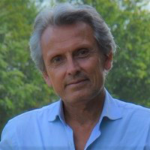 Multicultural, multilingual C-level executive and serial entrepreneur. Henk has worked on all continents. He has 30+ years international, hands-on pioneering and next-level development experience in both privately (PE/VC/Family) and publicly held startups, smaller and larger multinationals, including capital/fundraising, M&A, JV’s,

supply chain and turnaround – in consumer/lifestyle, media/entertainment, tourism/hospitality, tech/innovation and healthcare/life science products, services and solutions. Improving quality of life through innovation, diversity and inclusion has been his driving factor. Henk has also been active as board & committee member of NGO’s, (disability) sports federations and trade organizations.  His involvement in social impact sustainability and bio-circular projects, regenerative, bio-based and circular economy, resulted in co-founding the Green Chi platform.

Vice President of the Weeden Foundation. In addition to preserving more than 6 million acres of biologically important habitat worldwide the Weeden Foundation actively addresses the entwined concerns of population growth, overconsumption of natural resources, and the climate crisis.

A New York City native, John has worked in the design and technology industry 25+ years beginning with Microsoft in the mid 90’s. Green Chi has been an opportunity for John to engage his environmental and entrepreneurial experience in a socially impactful global platform. 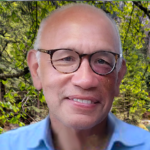 Ernst combines his more than 30 years of IT experience in Software and Telecom business for what will become Green Chi Group’s membership platform and related Saas and PaaS products and services. As an IT Consultant and Program Manager, he was responsible for transitions to VoIP and move on-premise PBX to the Cloud.

In his role as Alliance manager at telecom giant KPN he expanded the portfolio for Public Cloud and Unified Communication, ready for Sales and Distribution.

He is particularly proud of the fact that KPN is listed, for the 5th time in a row, as a Telecom company at the top of the Dow Jones Sustainability Index (DJSI). Ernst is even more happy joining the Green Chi Group to continue and prioritize working on creating a sustainable, regenerative and inclusive environment for all. 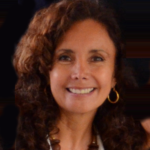 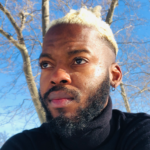 Loik has the trait of multipotentiality. His eclectic interests and insatiable curiosity led to his work at the intersection of personal mastery, transpersonal leadership, sustainable finance and human development in economically-depressed areas.

Originally from the French Caribbean island Guadeloupe, Loik was a high-level fencer, graduated in Journalism and worked briefly as a news reporter in his homeland. He is now a certified Shamanic and NeuroLinguisticProgramming Practitioner. His broad studies in esoteric knowledge from various traditions help him focus on taking part in elevating the quality of the Green Chi Group products and content creation. He enjoys working co-creatively with his team and aspires to be a co-catalyst for a new wave of eco-driven, community-conscious and groundbreaking practices for future generations to explore and enjoy. 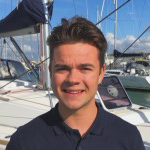 As a content researcher and idea developer at Green Chi, Jacobo researches, modifies and structures content in Green Chi focus areas of sustainability, transparency, inclusivity and biodiversity. He also participates in visualizing new ideas and approaches in the GC think tank and Green Chi Academy.

CYBERKILL is about an AI assassin that stops at nothing to get what it wants. It’s a story of abandonment and revenge.Thinking he deleted all of his artificial intelligent agents he created at MIT, Travis Cole begins a new life. What he is unaware of is…he forgot one. The movie in the making is a story of revenge through cyberspace.
“Inclusion and diversity will be an important part of the movie”, says producer Douglas Collins, who has worked with Green Chi Group CEO Henk Abbink on many different projects, “and the one person and company that came to mind, as global partner and for advice on the portrayal of Diversity, Equity and Inclusion (DE & I) were Green Chi Group and Henk, who has been at the forefront of DE & I for many years. As Henk also has an extensive background in licensing, working with licensed product manufacturers and knows his way around the sportstech and gaming ecosystem, the Cyberkill team convinced him to get on board.
Henk Abbink, Green Chi Group CEO: “The first question I got, when I mentioned Doug’s and the movie team’s approach to have our group on board as global partner and advisor for DE & I, was what on earth our Green Chi’s SDG- and ESG inspired mission and vision had to do with being involved in an action movie. My answer: “Everything! What better way of having an action movie, with a potentially huge audience, transmit both subliminally as well as directly, the normalcy of DE & I. So, we’re thrilled to be global corporate, licensing and product placement partners, working with and be part of the Cyberkill team now.”
More on Cyberkill – The Movie here cyberkillmovie.com

Green Chi Group collaborated with the TBD Tennis Innovation Week team as change agent for the Conference, Expo and Awards event. to include sustainable, regenerative and circular thinking in the tennis industry.

TBD innovation Week brings together 88 speakers, from all over the globe, addressing the need for innovation in the tennis industry.

Group CEO,  Henk Abbink, is a main speaker at the event, held from 27th-30th October and also addresses the conference participants with closing remarks on day 3 of the event.