CYBERKILL is about an AI assassin that stops at nothing to get what it wants. It’s a story of abandonment and revenge. Thinking he deleted all of his artificial intelligent agents he created at MIT, Travis Cole begins a new life. What he is unaware of is…he forgot one. The movie in the making is a story of revenge through cyberspace.
“Inclusion and diversity will be an important part of the movie”, says Executive Producer Douglas Collins, who has worked with Green Chi Group CEO Henk Abbink on many different projects, “and the one person and company that came to mind, as global corporate partner and advisor for the portrayal of Diversity, Equity and Inclusion (DE & I), were Green Chi Group and Henk, who has been at the forefront of DE & I for many years.  As Henk also has an extensive background in licensing, working with licensed product manufacturers and knows his way around the sportstech and gaming ecosystem, the Cyberkill team convinced him to get on board.”
Henk Abbink, Green Chi Group CEO: “The first question I got, when I mentioned Doug’s and the movie team’s approach to have our group on board as global partner and DE & I advisors, was what on earth our Green Chi’s SDG- and ESG inspired mission and vision had to do with being involved in an action movie. My answer: Everything! What better way of having an action movie, with a potentially huge audience, transmit both subliminally as well as directly, the normalcy of DE & I. So, we’re thrilled to be global corporate, licensing and product placement partners, working with and be part of the Cyberkill team now!”
More on Cyberkill – The Movie here cyberkillmovie.com

Green Chi Group collaborated with the TBD Tennis Innovation Week team as change agent for the Conference, Expo and Awards event to include sustainable, regenerative and circular thinking in the tennis industry.

TBD innovation Week brings together 88 speakers, from all over the globe, addressing the need for innovation in the tennis industry.

Green Chi Group CEO,  Henk Abbink, is a main speaker at the event, held from 27th-30th October and also addresses the conference participants with closing remarks on day 3 of the event.

All speaker presentations will be available for registered attendees for 30 days.

Green Chi Group is an exhibitor at the event too and presents this short video introduction as part of their virtual booth. 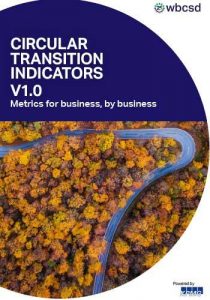 Together with our partner in Chile Acción Empresas and KPMG Colombia we launched the Spanish translation of the Circular Transition Indicators framework with a view to support companies in Spanish-speaking countries to actively managing their circular transition.

The framework is simple, applicable across industries and value chains, comprehensive yet flexible, complementary to a company’s existing sustainability efforts and agnostic as to material, sector or technology. Central to the CTI stands a self-assessment that determines a company’s circular performance. To support and guide companies through this process, we have partnered with Circular IQ to develop the CTI online tool available at www.ctitool.com.